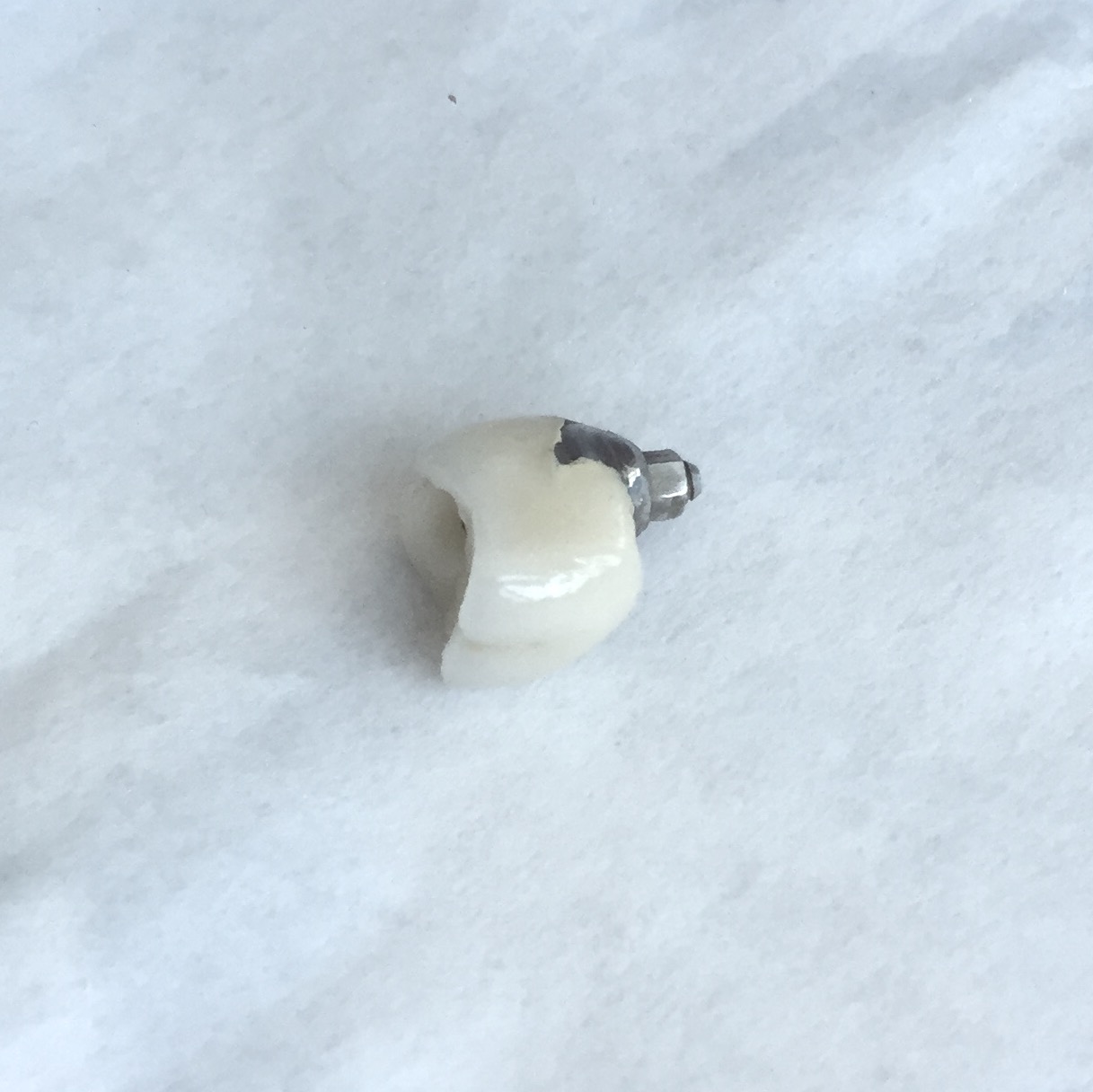 A tiny hole in my molar, some dozen years ago, led to two root canals and a traumatic tooth extraction that fractured my jaw. (I wrote about it here and here.) After living with the bigger hole, the hole left behind by my tooth, for several years, I decided to fix it. It took two bone grafts and a sinus lift to prep my jaw. My implant arrived in June 2014. I remember flaunting my sweet new tooth. Sent a playful pic to my husband.

But lately, my new tooth has felt a little wiggly. Implants aren’t supposed to wiggle.

So yesterday morning, I walked into my oral surgeon’s office to get it checked out. Not easy these days: he’s in the city, I’m an hour away by train, I’ve got work and three young kids. But I arranged for it.

Over three hours later, I walked out, new bone in jaw, tooth in hand. The oral surgeon had seen what I now know was inevitable: holes. Holes in my gums, holes in the bone surrounding the implant.

Past bone grafts had been scheduled in advance and done with deep sedation. But yesterday, when the doctor swept in to say he’d cleared some time and we should try saving the implant right now, I agreed. Uncharacteristically, I lay rigid throughout the surgical procedure, even during the 20-minute intermission clamping down on iodine-soaked gauze while an assistant walked ten blocks south to another office to grab some more bone. Toward the end, as the local anesthetic began wearing off, I wondered why he was flossing my teeth. Then I realized he was stitching.

A molar-sized hole is back for another four months or so. I should have guessed my permanent fill would not be permanent. Stories about holes don’t have endings.